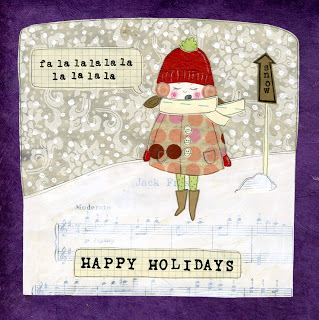 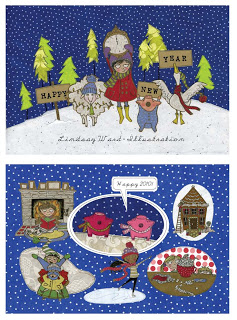 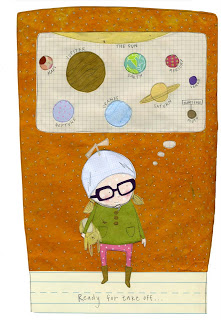 It has been a crazy couple of weeks between working on Blue and other side projects I have going on, but I am finally posting again. I wanted to talk a little bit about how illustration mailers can get you a job. When I was in college, all my illustration professors ever talked about as far as promoting ourselves was to send mailers every 3-4 months to all the publishing houses. Sounds easy enough right?…wrong…it sucks. You create a beautiful piece of artwork (which of course includes the stress of what to draw/will catch the an art director’s eye), turn it into a mailer, cross your fingers, and hope for the best. And then you have no idea as to whether or not it made it past the slush pile into an art director’s hands or thrown out by an intern. However, there is a silver lining, because illustrators do get jobs from mailers. It doesn’t happen all the time, but it happens enough that illustrators should keep creating them. It happened to me.

My first three jobs and the inspiration for my first author/illustrator project came from a single mailer. I had been sending out mailers for almost two years without any response. And I was almost at the point of “should I still be trying to become a published illustrator?” when I received an email from Random House Canada. The mailer I had done had a space theme to it (third image shown above) and Random House Canada was looking for someone to illustrate the cover of a new middle grade book they were publishing, titled STAR Academy by Edward Kay, which involved a space/aliens theme. It was complete luck and great timing that I had sent the mailer when I did. It was an amazing first job because I worked with really wonderful and talented people, but also it was a great transitional step into doing a full length picture book. For STAR Academy I was asked to create the cover and four black and white spot illustrations for the interior of the book, which included some very unusual characters and a 1950s Studebaker Starlight (a very awesome car to draw!).
After I was finishing up with STAR Academy, I received two additional emails from Bright Sky Press and Kane/Miller asking me to illustrate two new picture books, The Yellow Butterfly by Mehrnaz S. Gill, and A Garden for Pig by Kathryn Thurman. Again, they had seen the space mailer and loved it. I could not believe that I had now received three job offers from one mailer! It was crazy. The two years of mailing and no response was finally paying off. I went on to illustrate both picture books which are now out in stores.
During the process of illustrating A Garden for Pig, I sent a story to my editor at Kane/Miller that I had been playing around with for the six months or so. It was a picture book about a little girl who is getting ready for bed one night with her dog, when she notices a rocket engine has appeared on the back of her bathtub. The little girl and her dog decide to travel to the moon where they meet an alien and learn all about living on the moon. The space mailer was an illustration of the first version of Pelly. My editor really loved the story and decided to acquire the book for their Spring 2011 list. I was so excited! I was going to have my first author/illustrator project published! I had never really thought of myself as a writer but I wanted the opportunity to create something from start to finish that I had complete creative control over. Pelly and Mr. Harrison Visit the Moon comes out on March 1st.
This was around the same time that I got an email from the lovely Mary Kole, who wanted to represent me. It was a crazy couple of months. I had gone from mailer girl who never heard a thing from anyone to having four jobs and an agent in just six months. It was amazing!
So far I have had really wonderful experiences in the world of children’s books and had the opportunity to work with very talented people. And I can truly say that one mailer opened a lot of doors for me. Pelly is somewhat of a good luck charm for me.
Here are some tips that I have learned about illustrating mailers whether you are sending postcards or electronic mailers:
-always make sure you illustrate in a style or create an image that you want to get hired for, in other words do not illustrate something you never want to draw again. If you draw an amazing horse, they are going to want you to do a whole book about horses.
-make sure the mailer is YOU, because that is what you are selling.
-have a website that corresponds well to your mailer.
Try to include some of the following in your illustrations:
-the same character in a couple different poses (shows consistency and variation)
-animals
-children of different ages
-what you love to draw
I hope this helps any of you out there that have become discouraged by sending mailers. The opportunity is out there you just have to stick with it. I will always send mailers to keep myself in front of art directors and editors, and to keep me working on new illustrations. 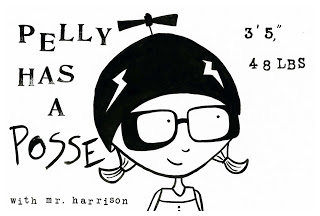 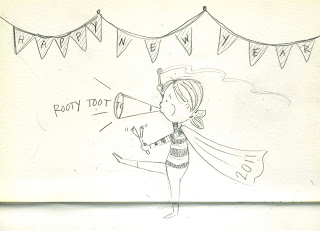