Recently my editor asked me to answer a few questions about the process of writing and illustrating When Blue Met Egg for the Penguin website.  She also requested a few shots of my studio, which you will notice is unique for one obvious reason.  I don’t think the questions are up on the website yet, so I thought I would share my answers with you for this week’s post to finish up on the making of When Blue Met Egg.  A couple of them may seem familiar from my last two posts on Blue, so I apologize in advance for any repeats: 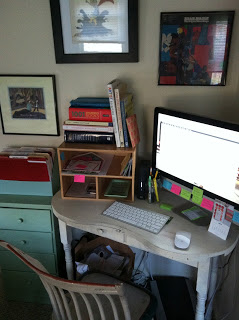 My design desk.  I only do computer work here, usually designing illustration mailers or wedding invitations. 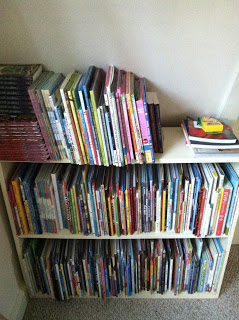 My picture book collection, which I love dearly and is constantly growing. 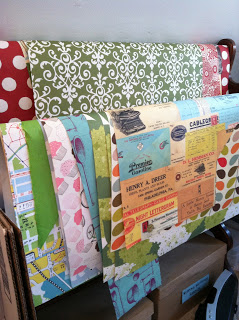 Some of the paper hanging in my studio. 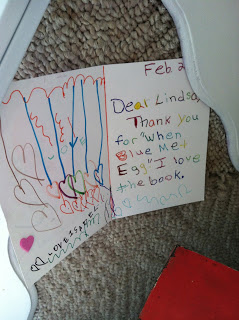 Sometimes I get really fabulous surprises in the mail, like this one, which end up on my walls. 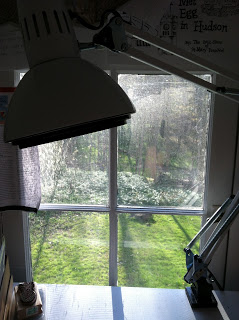 The view out my window.  This is my backyard which drops off into a creek.  It’s quite lovely. 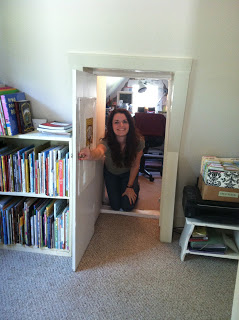 I’m a bit large for my studio.  But I CAN stand up in it!  As long as I only stand where the roof peaks.  See: 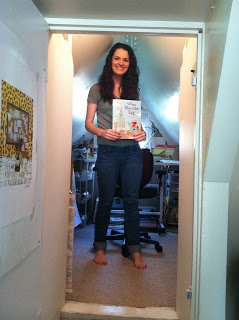 Told you I could.  I’m not sure you believed me. 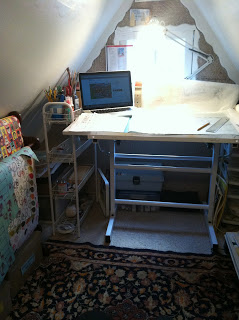 Lots of paper bins.  All color coded.
Well, that’s it folks.  I hope you enjoyed the sneak peek 🙂
Want to know more about Blue??  Or have any illustration questions in general, type them as a comment below and I will make sure to post answers in next weeks blog post.