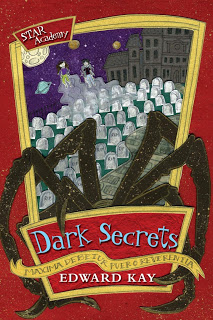 So two years ago I had the lovely honor of illustrating the cover and interior spots of Canadian author Edward Kay’s new middle grade novel, STAR Academy. I had such a blast working on this book for two reasons: one, IT WAS MY FIRST ILLUSTRATION JOB EVER!!!!, and two, I got to do research illustration, which I love.

Back to reason one, as I said this was my first job ever! So naturally I was thrilled beyond all reason. I had sent out a mailer with a little girl dreaming about space (the very first drawing of Pelly oddly enough) and I was lucky enough to have Jennifer Lum, with DoubleDay Canada, ask me to illustrate the cover and four black and white interior spot illustrations for Edward’s new book. Not only was Jennifer awesome to work with (she happens to love cupcakes too!) but I loved the book as well, which made it a dream job to illustrate. For all of you who haven’t read it…go pick up a copy!
Reason two: the opportunity to do research illustration. All illustration is essentially research illustration because when working on any book reference is almost always involved. However, Edward had very concrete details about certain scenes in the book. One of which being the car. It had to be a 1950’s Studebaker Starlight. I love getting illustration jobs that require me to do some serious research. As in “I can’t just make this up out of my head” kind of research. It forces me to learn to draw new things and keeps me on my toes as an illustrator.
STAR Academy 2: Dark Secrets is coming out soon! So here is the new cover folks. Enjoy!